Middle Ages Unit Study
Week 12: We made egg yolk based paints and created pictures like Giotto.

Religion was woven into life during the middle ages and both St. Francis of Assisi and Giotto played major roles. St. Francis of Assisi was the son of a prosperous merchant who lived a wealthy life until he was inspired to live a life of poverty for the Kingdom of Heaven. He gave up his worldly possessions and later founded the Franciscan Order.

The picture book Francis, the Poor Man of Assisi

by Tomie de Paola told the life story of this saint in a way which kept the attention of all three of my children.

Giotto was a northern Italian painter who lived just after St. Francis at the turn of the 14th century. He was the son of a shepherd and preferred to spend his time creating pictures rather than tending the flock. Lucky for him, his talent was noted by the master Cimabue and he received excellent training.

Giotto's style was revolutionary during his time. The people he painted appeared more three dimensional and life-like than the images in the Byzantine style artwork of the past. Giotto's primary subject was religion and he adorned the walls of churches with frescos and created panel paintings using egg yolk based paint.

told the life story of the great painter beginning with his childhood days as a shepherd.


This documentary gave a good explanation of the life and attributes of Giotto.

This four part series from the Khan Academy's Art History section features Giotto's work in the Arena Chapel in Padua, Italy. This small private church was completely filled with frescoes. Among them the story Mary's parents, the marriage of the virgin and the Last Supper.

After learning about Giotto and St. Francis we followed  the activity in Discovering Great Artists: Hands-On Art for Children in the Styles of the Great Masters (Bright Ideas for Learning)

to create egg yolk based paints from egg yolk, chalk and water. 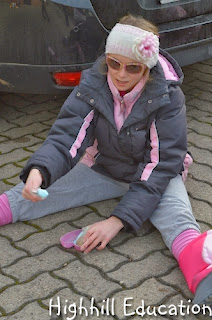 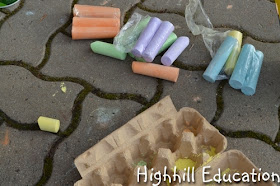 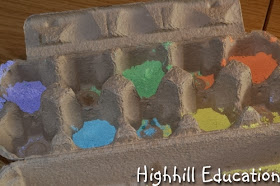 First, sticks of chalk were crushed into powders. 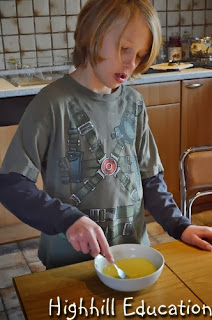 Next an egg yolk and 2 tbsp of water were beaten with a fork until bubbly. This took about 10 minutes. 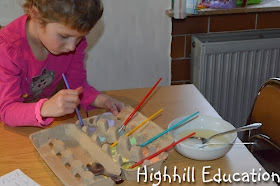 Then a spoon full of egg yolk mixture was added to each color of powdered chalk. 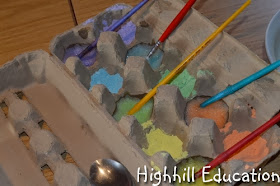 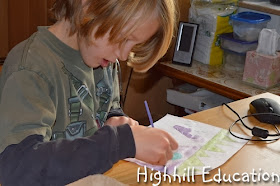 The kids were astounded to learn that paint could be created this way. Once they began painting they commented how it was just like using regular paints.

I was pleased that the colors came out so bright. 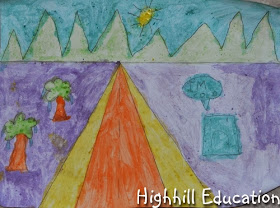 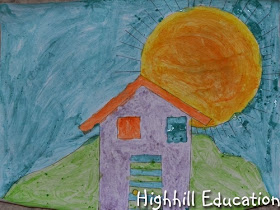 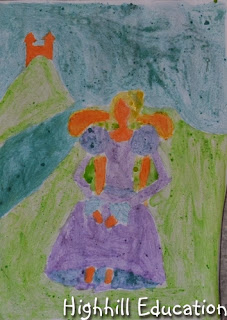 This post is linked to some great blog hops.

* I did not receive any compensation for this recommendation. I'm just a homeschooling mom who has found many products that I like. If you're interested in the products I recommend on this blog I want to make it easy for you to find them.
** I am an Amazon associate and receive a small portion of the sales on orders made after clicking in from this site, which I promptly spend on homeschooling books and supplies for my children.
Share